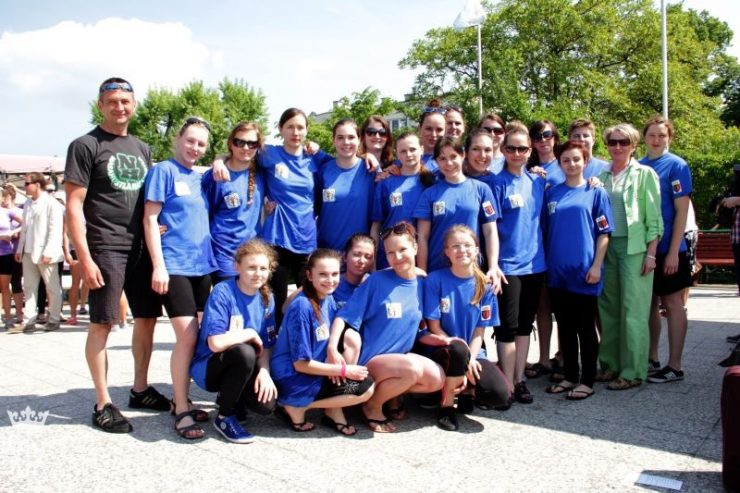 Las week we had a great chance to meet againg our paddle-friends from Krakow’s club AZS AWF Krakow. I remember instantly the first time we’ve met. It was during The Regatta Camp 1998 in Krakow. Vistula has been always a great place for beginners. The drift is pretty soft so the beginning rowers have a possibility to learn a lot.

It needs specific skills to try rowing on wilder waters. That’s why camps in Poland are rather aimed at the beginners. Anyways, we had a lot of fun staying for those 7 days in the Royal city. Obviously most of time we spent rowing but there were many more different attractions that our friends took care of. One day we’ve devoted for a hitory lesson. I mean the kids from Krakow’s club have organized the whole day to show and tell us as much as possible about Polish culture and history.

Early in the morning we went to Aushwitz-Birkenau Museum – former Nazi Concentration Camp. That terrible place was created in order to kill thousands of Jews and other nationl minorities. That was terrifying experience! We were goigng through grey rooms where those innocent people were sleeping, and then died. Though it’s not far away from Krakow to Auschwitz, the tour took more than a half day.

Well, the camp’s territory is really impressively huge. It’s hard to imagine how many poor people were locked up ther and how many of them were just killed there! Horrible! The rest of the day we were walking through the Old City which is so magical place. It’s really beautiful especialy when it’s getting dark. I must say a few words about local architecture which is really impressive!

Those building, townhall, Marrian Churh an many many others. He whole trip to Poland turned out to be a great idea! The kids, as always, had a lot of fun and actually not only the kids but we, adults also! The weather was brilliant, so I could say we are really lucky because normally the weather in Poland is pretty suprising. Well, what else can I say? Everything went great and we turned back to Poland safe and sound.