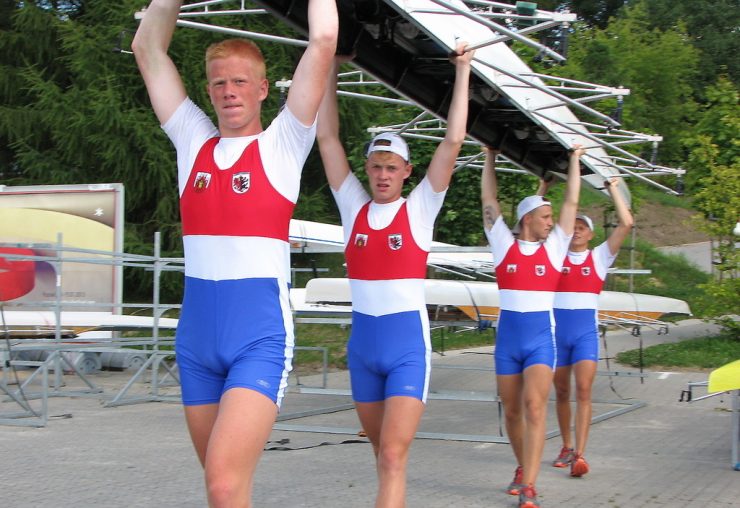 Last month we’ve received a invitation from our pally Rowing school from Lipno in Czech Republic – Lipno Senior Rowing school. As you can see members of the school that we visited are mostly Seniors, I mean people in their 60s, 70s.

And that was a perfect time for such a trip since just few weeks ago we have finally completed our senior rowing team! The had been working really hard before we went to Czech Republic and it didn’t go to wast! The event that we were invited for was The Annual European Rowing Competition for Seniors. There were a lot of teams from all over Europe.

Obviously, not only the score is important but first and foremost it’s important for us just to have fun compiting.And you know what? We had a lot of fun! But by the way our seniors team won won the competition again! Just for the record, last year and 2 years ago our tem of seniors have won as well! One is certain, we are really companionate and have respect for each other, maybe this is the key?

Maybe, but what is very important, our seniors despite of their age train every day! There is no day that they wouldn’t have time for a training. Everything is important but for them everyday training is the most important. It’s a pride we have such determinated people in our club! And guess what? Next year we’re gonna win this championship as well!